Our Cookies Policy
There I was on a July morning,
I was looking for love.
With the strength
Of a new day dawning
And the beautiful sun.
And at the sound
Of the first bird singing
I was leaving for home.
With the storm
And the night behind me
Yeah, and a road of my own. 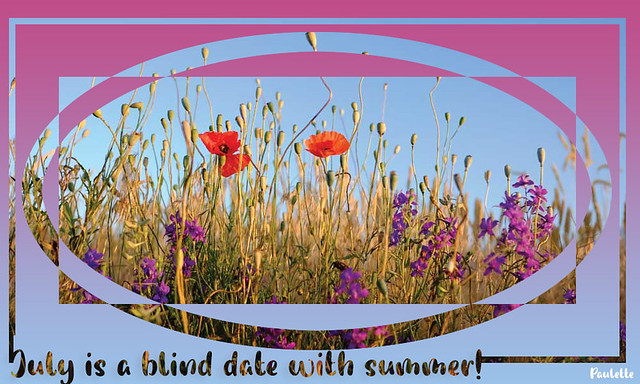 Re: What are you wearing?

@Yaroslav_Fadeev I'm glad to hear socks and sandals are okay as I have some sandals that rub if I don't wear socks. I'm not sure I fancy leather Bermuda shorts, though denim would be okay. I sometimes wear vest t-shirts but prefer capped sleeves. I'm not so keen on baseball caps but I wear straw sunhats. So does this make me a hipster grandma?

Are you their chief?

We read about why we don't have empathy for spiders, and why most people even enjoy killing them:

lurk - to be in a hidden place; to wait in a secret or hidden place especially in order to do something wrong or harmful

glimpse - a brief or quick view or look

swat - to hit (someone or something) with a quick motion

jarring - to have a harsh or unpleasant effect on someone or something; to make (someone) feel uneasy

repulsive - causing strong dislike or disgust; of or relating to the force that pushes something away from something else

aversion - a strong feeling of not liking something

Are you scared of spiders?
If there is a spider in your house, do you normally kill it, or try and move it somewhere else?

I've been hoovering and cleaning up the kitchen today.

@Hermine I am glad to have my windows all open, as this way it is less noticeable they need cleaning!

Re: How much sleep do I really need?

@Xanthippe, I feel sorry for your aunt and family. My granny had dementia. She was a fine person even in this state.

May I ask you a personal question? Is your aunt overweight?
Recentley I heard that people with overweight tend easily to Alzheimer.

to deal with s.o / s.t ... "In fact my master was so difficult to deal with that I dared not on
any account pay down the money at once. "

"... by means of which we can all understand one another..."

"for the longing I feel to return to my country and to those I love is so great that it will not allow me to wait for another opportunity...

ransomed - to ransom so. ".something paid or demanded for the freedom of a captured person.

Finding herself now on board, and that we were about to give way with the
oars, Zoraida, seeing her father there, and the other Moors bound, bade the
renegade ask me to do her the favour of releasing the Moors and setting her
father at liberty, for she would rather drown herself in the sea than suffer a
father that had loved her so dearly to be carried away captive before her
eyes and on her account.

Teach
1
Next
Hey! You will be signed out in 60 seconds due to inactivity. Click here to continue using the site.
Powered by Vanilla