mheredge Posts: 44,420 ✭✭✭✭
April 2016 edited April 2016 in Culture, Customs, Traditions and Celebrations
Is it just the British monarchy that make headlines every time they sneeze, or it just as bad in other countries that have royalty? Prince Philip much be the champion though. He may not be king (his wife Queen Elizabeth carries that job), but he certainly is king when it comes to putting his foot in his mouth. Plain stupid or downright rude and insensitive, he is famous for his gaffes.

Seeing an exhibition of "primitive" Ethiopian art, he muttered: "It looks like the kind of thing my daughter would bring back from her school art lessons." To a 13-year-old whilst visiting a space shuttle."Well, you'll never fly in it, you're too fat to be an astronaut." Then to Tom Jones after his Royal Variety Performance: "What do you gargle with, pebbles?". On a tour of Canada: "We don't come here for our health. We can think of other ways of enjoying ourselves." When accepting a figurine from a woman during a visit to Kenya he asked: "You are a woman aren't you?" On an official visit to China, he told a group of British exchange students living in Xian: "If you stay here much longer you'll all be slitty–eyed." The Duke asked a British student who had been trekking in Papua New Guinea: "You managed not to get eaten then?" Then to a British tourist in Hungary: "You can't have been here that long — you haven't got a pot belly." He asked a Scottish driving instructor in Oban: "How do you keep the natives off the booze long enough to pass the test?" At the opening reception of a new £18million British Embassy in Berlin: "It's a vast waste of space." Then at a Buckingham Palace drinks party, he told group of female Labour MPs: "Ah, so this is feminist corner then." To the managing director of a wind farm company, the prince said wind turbines were "absolutely useless" and "an absolute disgrace". (This one caused quite a stir).

What do you think of royalty? In Britain they cost a lot of taxpayers' money (they don't pay tax either) so republican would like to see the back of the institution. But then again, the thought of President Cameron.... Please, long live the Queen (she's 90 years old this year, God bless her).

More of Phil's best gaffes can be found here: http://www.telegraph.co.uk/news/uknews/prince-philip/9883276/Duke-of-Edinburghs-best-gaffes.html 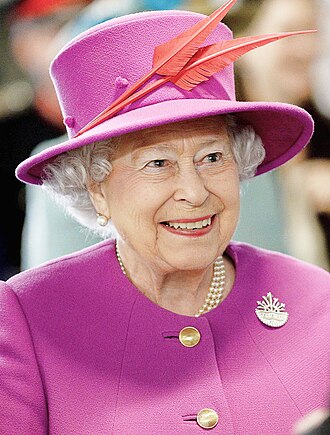