Should alcohol be banned on flights?

mheredge Posts: 44,418 ✭✭✭✭
March 2019 in Countries and Travel
What do you think? The UK government is reviewing airport licensing laws at airports. However, following another drunken brawl on a plane, the question is whether passengers be breathalysed before boarding or even forbidden from boozing?

I have only come across alcohol-related problems a few times in all the times I have flown. The first time, flying from Moscow (@Practical_Severard) some Swedes had been drinking far too much in the airport during their transfer. One of them was physically dragged out of the plane as he was totally out for the count. The others were pretty obnoxious later on into the flight, and the air hostesses had a hard job keeping them from disturbing other passengers (it was a night flight too). The other two times it was a case of passengers taking liberties with free alcohol served on the long-haul flight. One time someone drunk enough to stagger and fall in the aisle (fortunately there was a doctor on board and he groggily got to his feet again after a while). The other was just a case that the guy could not shut up and spent hours talking when everyone was trying to sleep.

I sometimes think that the cabin crew could control this better as they could just refuse to serve passengers unlimited alcohol.

I have quite often seen unpleasantness on cheap airlines departing from British airports but I don't think alcohol was involved and funnily enough, never on the same airlines returning to the UK. 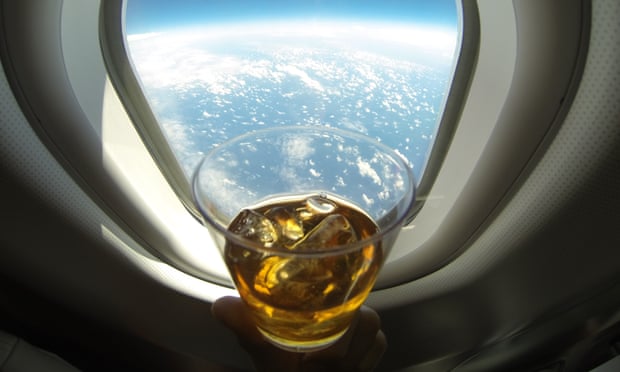